Her kids are her world 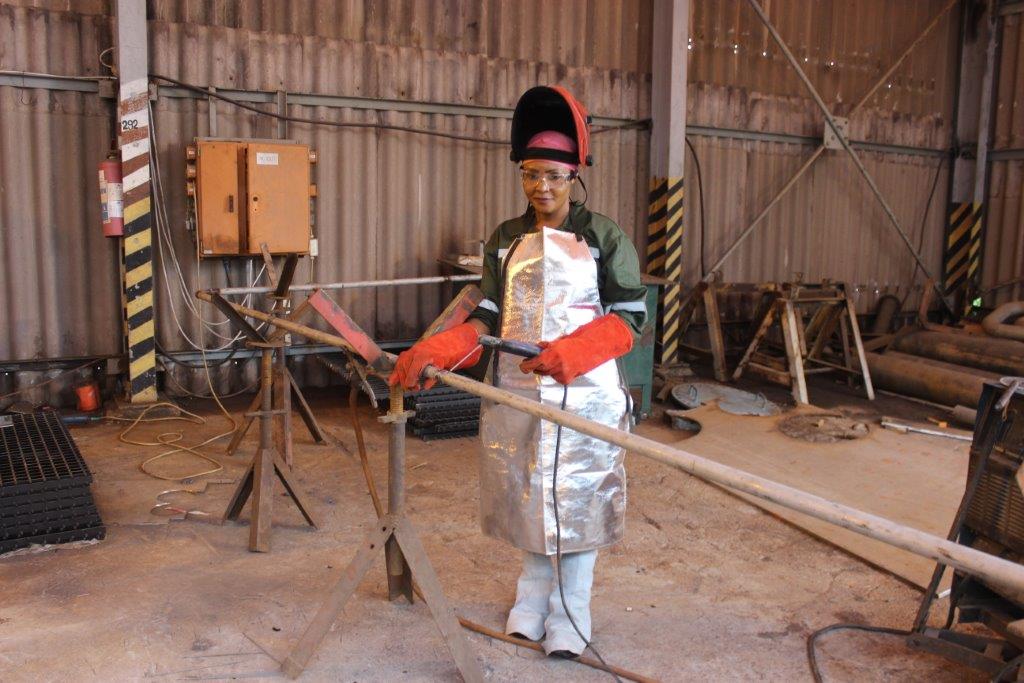 “My dream is to advance my academic qualification so I can one day be employed as a head engineer.”

Edina Lungu, Artisan Boilermaker at Chambishi Metals since 2014, has a daughter (nine) and a five-year-old boy and says, “They are my world.”

Edina has a trade test certificate in Boilermaking Engineering and a Mechanical Plant Fitting Craft certificate under her belt. Like so many other working mothers she admits it’s a challenge to find a balance between work and home responsibilities. On weekends she treats the kids to fun things or they go shopping, and her favourite TV programme is Zee World.

Born and bred in Chingola, a town in Zambia’s Copperbelt province, her favourite subject at school was English and she thought she would become a teacher. Then, as she recalls, “I read about a vacancy in one of our papers, decided to give it a shot and applied for the position.”

Her brother, a teacher has been a huge influence in her life. “He believed in me and encouraged me positively in everything,” she shares.

Her first job as a boilermaker, in 2008, was with Lochi International. Since joining Chambishi her job entails fabrication of the launders both purification and carbon column; installation of valves and acid pipes; repairing of acid tanks; interpretation of drawings; as well as fabrication and cold welding of both roaster and cobalt plants.

While she loves the work she admits, “I often find that the way men engage with each other and with women can be seen as disrespectful, especially if they use bad language. But I know that with hard work, commitment and perseverance, we women can make it in any industry.”

Asanda Benya says in her thesis Women in Mining: Occupational Culture and Gendered Identities in the Making, “Women do not approach the workplace or labour process as empty vessels or act as cogs in the mining machines but are active agents in the construction of their gender identities.

“‘Do you not recognise me?’ I did not recognise Lerato. She looked, acted, walked and talked differently from the Lerato I had spent two weeks working with underground. She went on to reassure me that it was indeed her; she had just changed from her underground overalls to her ‘real’ clothes, hence she was different. I witnessed this change of demeanour, and my inability to recognise some of my colleagues above ground, on many occasions.

“Intrigued by incidents such as this, and with lingering questions, in 2011 and 2012 I returned to study identities in mining. I was interested in how women make sense of themselves against the masculine underground and mining culture. In the months that followed I not only saw the changes and heard about them, but I was also roped in. I had to change how I walked, talked, acted and thought”.